The first performance of The Shorter Ring was given by William Howard, at Shoreditch Church (St Leonard’s) as part of the Spitalfields Festival, London, in a programme to mark the 70th birthday of the composer, on 14 June 2013. David Matthews writes:

In May 2012 William Howard asked me if I could make a condensed piano version of Der Ring des Nibelungen for him to play at a 70th birthday party for our mutual friend Colin Senior, who is a keen Wagnerian. William wondered if I could compress the fifteen hours of The Ring into three minutes. I thought this might be a little impracticable, but I managed to do it in five minutes, while retaining enough of the thematic material, I think, to give listeners a clear idea of the story.

In this bicentennial year I hope the piece will give pleasure and amusement to Wagnerians, and may also encourage those who haven’t heard the whole cycle to embrace the extraordinary experience that Wagner’s great work affords. 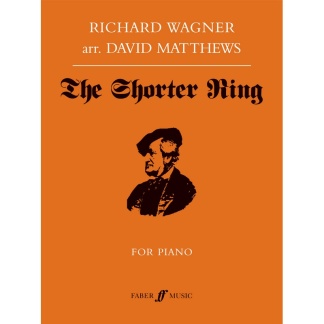