Oliver Knussen’s Variations for piano were composed in 1989 and premiered by Peter Serkin. Although they are concise – the twelve variations play for a little more than six minutes in all – the composer integrates some highly contrasted textural and expressive approaches to a very limited amount of raw material (the theme is itself variations on its first six notes) within a three-part dramatic design: an initial group of five character-variations, a central passacaglia enclosing four more variations, and a final set of three, more etude-like variations functioning as coda to the whole.

‘Among the densest six minutes of music ever written, as massive textures collapse into delicate gestures and tiny phrases transform into huge outbursts. Knussen’s models while composing the piece were sets of variations by Webern, Stravinsky and Copland. His own set belings in the same company.’
The Guardian (Tom Service), 4 November 2002 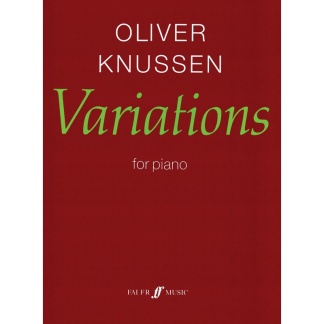 Please note that we are closing for 5 days from 9th August – 13th August, and orders will be processed swiftly on our return.