88 (No.1) by Jonny Greenwood is a contemporary work for solo piano, suitable for advanced-level players, consisting of two movements, slow and fast. Only previously performed by a handful of selected pianists, this work is now being made available for general public performance for the first time.

Jonny Greenwood is best known as the lead guitarist of the band Radiohead. To date he has penned several “classical” works including Popcorn Superhet Receiver (string orchestra), parts of which were worked into his soundtrack for the film There Will Be Blood (2007). He was also nominated for an Oscar for his soundtrack to the film Phantom Thread (2018). 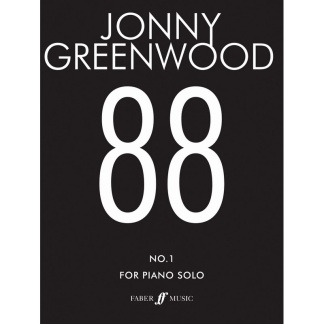