After composing the unconventional but highly successful Night Piece (Notturno) for the inaugural Leeds International Piano Competition, Marion Harewood,  the competition’s co-founder along with Dame Fanny Waterman, asked Britten to write a further piece for the 1966 contest. He began a set of variations in the autumn of 1965, but the manuscript breaks off just before the end of the sixth of what appear to have been intended to be at least ten variations.

Here, in Variations (1965) for Piano , Colin Matthews concludes the sixth variation and you can purchase the piano score, which includes a facsimile reproduction of the first page of Britten’s original manuscript. 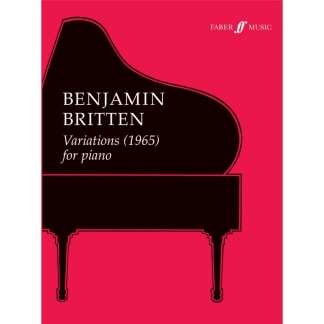