One of the defining orchestral works of our time, Thomas Adès’s Asyla (1997) has been performed by many of the world’s leading orchestras including the Berlin Philharmonic. A 22-minute four movement ‘symphony’ for large orchestra including six percussionists and two pianists, Asyla’s vast scope and tremendous power  vividly conjures both the madhouses and refuges to which its title alludes, never more so than in the frenzied rave-inspired third movement Ecstasio. The work won the Grawemeyer Award, making Adès its youngest ever recipient.

‘It is a thrilling, original work … The effect was exuberant, noisy, disconcerting and intriguing.’
The Times (Richard Morrison), 9 September 2002 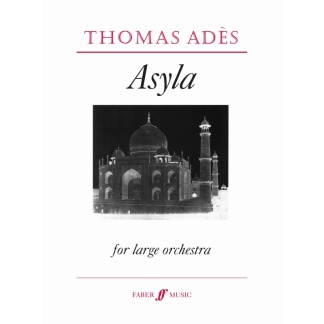