Carl Vine’s Concerto for Orchestra was premiered to critical acclaim by the West Australian Symphony Orchestra in October 2014. Its composer describes the way the 20-minute work (like his recent Piano Trio The Village) ‘evolves organically through a chain of episodes to create a web of melodies and harmonies that are related but not identical. This network of ideas is tied together by strong lateral bonds but remains fluid and flexible, creating a series of fleeting glimpses – what Prokofiev called visions fugitives – abstract patterns glimpsed in the half-light or imagined behind clouds.’ 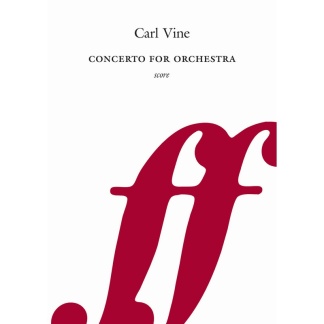 You're viewing: Vine, Carl : Concerto for Orchestra £24.99
Add to basket