In 1908 Vaughan Williams composed the Nocturnes for baritone and orchestra – each a setting of his favourite poet Walt Whitman – though these works were believed to be unfinished. The manuscript of an earlier Nocturne, a fully orchestrated setting of Whispers of Heavenly Death, came to light in 2000. Now, Faber Music is proud to announce the publication of the Three Nocturnes, which sees Vaughan Williams’s completed work framed by two masterful completions by composer and English-music expert Anthony Payne. 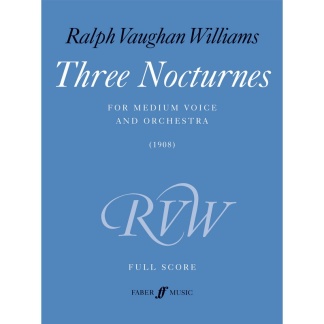