Ralph Vaughan Williams’ Heroic Elegy and Triumphal Epilogue was composed in 1901. The Elegy dates from January and the Epilogue towards the end of the year, in early November. After some revision by the composer, both movements were performed by the Leeds Municpal Orchestra, conducted by Vaughan Williams, on the 21st January 1905 and this appears to have been the last performance of the work in the UK. The manuscript surfaced in the US in 1966 and is now in the Beinecke Library of Yale University. 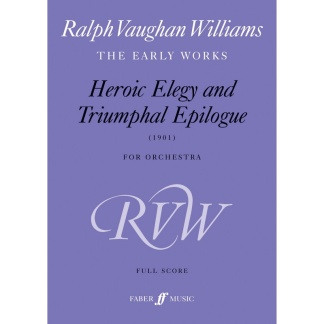