‘French Romantic Repertoire’ introduces the pianist to a fascinating world of charm and sophistication; a music distinguished by its balance of logic and clarity with emotion. Here the piano works of the country’s great masters including Debussy, Delibes, Massenet, Franck and Saint-Saëns are brought together with lesser-known composers such as Godard, Alkan and Chausson. Meticulously selected and edited, these books range from intermediate to moderately difficult. Stephen Coombs has established an enviable reputation as a player of romantic piano music; his numerous recordings for Hyperion records have been met with terrific acclaim. Also edited by Stephen Coombs are the two volumes of Russian Romantic Repertoire 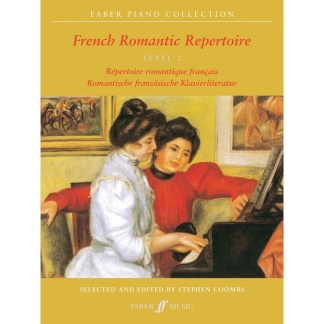