First Watch was composed for a four-octave concert carillon which consists of forty-nine bells. It takes as its inspiration the bell tower of the Albany City Hall carillon which overlooks the Hudson River in New York. It is the overwhelming sense of Albany as a canal-, river-, and sea port which inspired the composition. 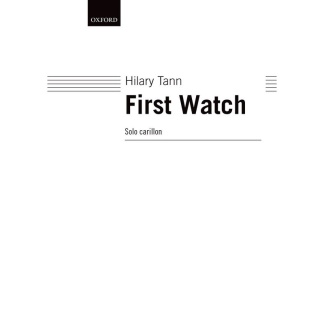