Quamby Bluff is a mountainous outcrop in Tasmania, where colonial government soldiers reputedly drove a tribe of Aborigines to the cliff’s edge where they faced the choice of being shot, or jumping to their deaths. They chose the latter and as they jumped shouted “Quamby! Quamby!”, meaning “Save me! Save me!”. Some of the lyrical music derives from melodic material composed during the composer’s youth. 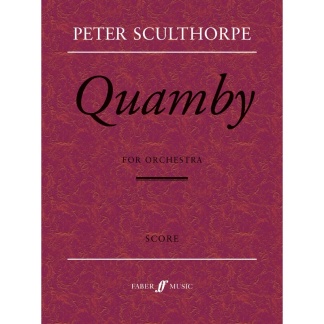