One of Sculthorpe’s best-known works.  It tells of the attempted British settlement in 1838 of Port Essington in northern Australia.  The settlers showed tenacity but ultimately failed to adapt to the conditions of the land, leading to complete abandonment in 1849.  A string orchestra represents the bush and a string trio the settlement.  The trio imitates nineteenth-century drawing-room music, but gradually the string orchestra dominates, until at the end only the music of the bush remains. 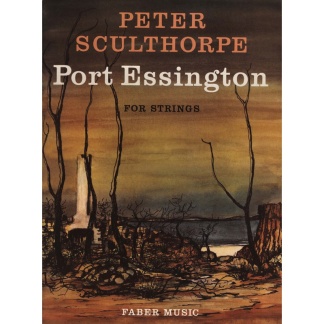