“Music for Japan begins with a great sobbing breath of sound, rather like the deep chesty vocalism of Japanese classical singer-actors. Slow planetary wanderings of timbre and accent give way to a middle section for amplified percussion, strongly rhythmic and excitingly developed. There is one beautiful effect (repeated) when a swirling mass of sound comes out into a cloudless major chord on E; and the final chordal structure is a marvellously exultant terracing of orchestral sound.” 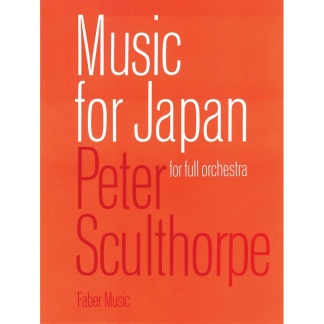 You're viewing: Sculthorpe, Peter : Music for Japan £9.99
Add to basket