“Maw is a composer who has been at pains to remake connections with the late-romantic tradition, and Odyssey is a convincing reassertion of its continuing relevance, a demonstration that long-range harmonic thinking and thematic development can be still potent resources for the right composer. . .the five-part structure of the work holds together more eloquently than one could possibly imagine; at times the musical language is close to early Berg, at others it recalls the English tradition of the same period. It is a tapestry of long-limbed melodies pregnant with thematic possiblities and often punctuated with timpani motifs, magical horn solos suspended in space, massive climaxes crowned by flaring trumpets, lush, minutely detailed string writing and intricate webs of woodwind tracery.” 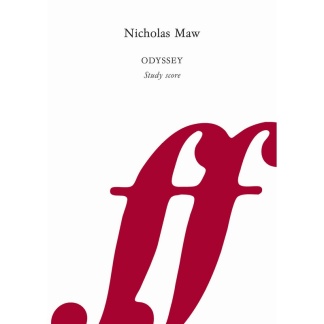