Mostly formed out of the orchestral interludes from Nicholas Maw’s opera Sophie’s Choice, this 22-minute suite’s musical elements are not always in the same order as they appear in the opera – but rather are arranged in a way which gives a satisfactory form over this much shorter time span. Like Alban Berg’s Lulu Suite, Maw’s contains one (optional) vocal movement for soprano – here Sophie’s final aria where, writing in a letter to her lover, she communicates her terrible despair about her past in Auschwitz.

‘An instant classic, a piece that will immediately touch and move people’.
Sir Simon Rattle on Sophie’s Choice 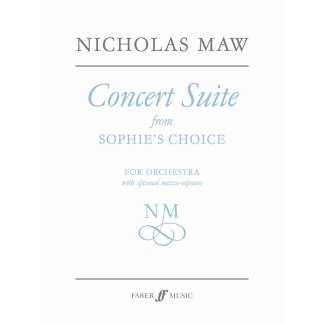