If Nicholas Maw is best known as a master of expansive, often melancholy, musical statements, his riveting American Games for symphonic wind band displays a different side of his fascinating output. Unfolding as one continuous span, this driving, dynamic 7-movement work is filled with rhythmic zest and a sophisticated feeling for colour. Commissioned for the 1991 BBC Proms, the work was first performed there by the Royal Northern College of Music Wind Orchestra.

‘A sequence of dances which make up a vigorous rhythmic romp, brilliantly written for the instruments.’
The Guardian (Edward Greenfield), 25th July 1991 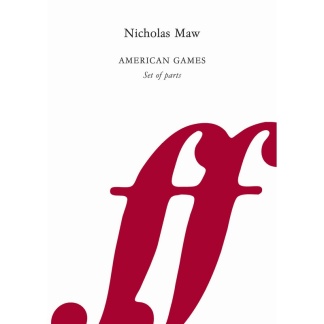