Symphony No.7 by David Matthews was commissioned by the BBC as part of the BBC Philharmonic’s and Halle’s complete Mahler in Manchester series and was first performed by the Philharmonic on 24 April 2010 at Bridgewater Hall, conducted by Gianandrea Noseda. 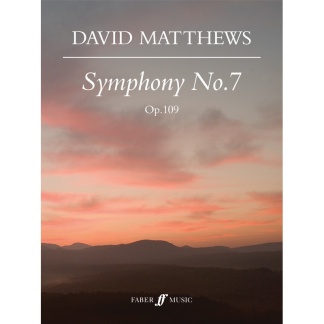