Postlude Monsieur Croche was composed as an afterword to Matthews’s orchestrations of the Debussy Preludes, it was written as a gift for and a thank you to Sir Mark Elder and the Hallé, and is respectfully dedicated ‘à la mémoire d’un musicien français’.  The work was first performed by the Hallé and Sir Mark Elder in Manchester in 2007. 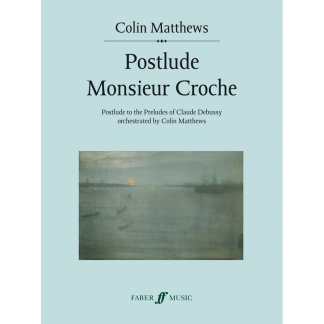