A new edition of Humphrey Burton’s celebrated biography of Leonard Bernstein, published to coincide with the centenary of his birth. With a new introduction by the author. Composer, pianist, author, television teacher, Harvard lecturer, cultural icon, humanist and conductor without peer, Leonard Bernstein’s versatility was legendary.

He captivated Broadway with such hits as On the Town and West Side Story and introduced middle America to classical music with his Young People’s Concerts on television. He composed three symphonies and a full-length opera, and he inspired the world’s leading orchestras to give some of the most memorable performances of the twentieth century. Humphrey Burton was given exclusive access to Bernstein’s rich legacy of letters and papers, and the book draws on hundreds of interviews with family, friends and colleagues to reveal Bernstein’s fascinating and complex personality.

His compelling narrative captures Bernstein’s high-spirited vitality on the page, providing a frank account of his homosexuality and his marriage and chronicling the lifelong conflict between the rival claims of Bernstein’s conducting and composing careers. Burton also demonstrates that behind Leonard Bernstein’s flamboyance (and the increasingly embarrassing public behaviour) there remained honesty of purpose and generosity of spirit. This biography is imbued with the same virtues. 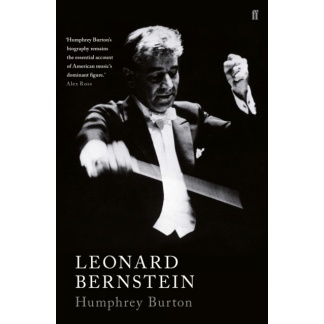