RPM stands for Revolutions per Minute. This piece seeks to capture the feeling of unrelenting speed, acceleration and momentum. The composer was influenced by heavy metal music, and describes the overall effect as similar to that of driving in a car at a very high speed.

RPM was commissioned by the Sydney Symphony Orchestra and first performed on 25 May 1997 in Eugene Goossens Hall, Sydney, Australia by the Sydney Sinfonia and Richard Gill. 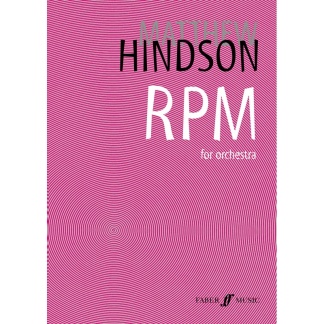