Hess, Nigel : The Winds Of Power

Unlike Nigel Hess’s other works for wind band, The Winds of Power is not a programmatic work. After a dark and menacing opening a solo trumpet introduces a theme which will eventually become the centre of a piece and is soon heard tutti in a lyrical form. This is interrupted by a return to the opening mood, with only a brief respite in the form of a chorale for clarinet choir and harp. The theme tries to return once more in a rousing, somewhat cinematic version, but again the sense of foreboding overtakes it. An unsettling march-like section follows before the theme returns in its most lyrical and gentle guise, introduced by solos in the woodwind section. Eventually, a maestoso statement which erupts into a presto coda, ends the journey in a triumphant, more optimistic blaze of sound. 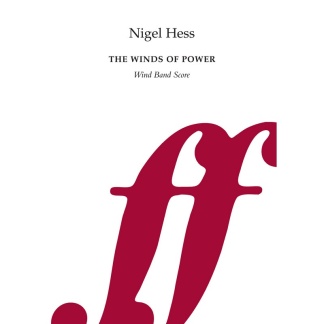