While Music Director and House Composer for the Royal Shakespeare Company, Nigel Hess wrote music for over twenty productions. Hess has taken music from three works to form a 12-minute suite called Shakespeare Pictures. It begins with the boisterous overture to Much Ado About Nothing, followed by a contrasting slow movement depicting the beautiful statue from A Winter’s Tale before displaying huge pomp of Caesar’s Rome with The Entry to the Senate. This work is ideal for bands that have played and enjoyed Hess’s work East Coast Pictures. This wind band suite was commissioned in 2008 by Birmingham Symphonic Winds. The original music is now expanded and re-orchestrated to form a new three-movement suite for symphonic wind orchestra. 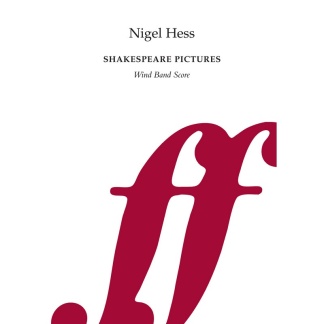