Speakings for large orchestra and electronics is undoubtably one of Jonathan Harvey’s most important and ambitious works. Composed in 2008, it utilises a unique process of electronic transformation developed at IRCAM to explore the possibility that an orchestra could be made to ‘speak’.

Winner of the prestigious Monaco Prize, the 25-minute work belongs to a fascinating clutch of works composed around the time of Harvey’s final opera, Wagner Dream, which contain musical allusions to Wagner, in this case Parsifal. Unfolding over three continuous movements, the music moves from the babbling of a baby and the frenetic chatter of human life in all its expressions, to music of unity, a hymn which is close to Gregorian chant in which, in Harvey’s words ‘the paradise of the sounding temple is imagined’.

Typeset, and with input from Gilbert Nouno who collaborated with Harvey on the electronic element, this long-awaited new edition makes this stunning piece even more accessible to conductors and enthusiasts. 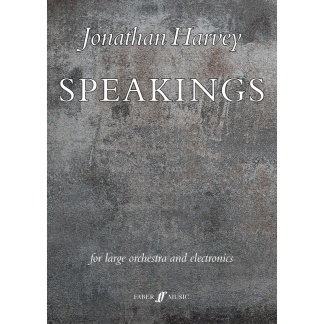