‘Captain Corelli’s Mandolin’ has captured the hearts of readers all over the world; an extraordinary love story contrasting the brutality of war with the beauty of its Greek-island setting. This collection presents music played by the character of Captain Corelli alongside original pieces by Stephen Warbeck. The music is designed to conjure up a picture of events from this novel and from three earlier novels – the ‘Latin trilogy’ – all by Louis de Bernières. 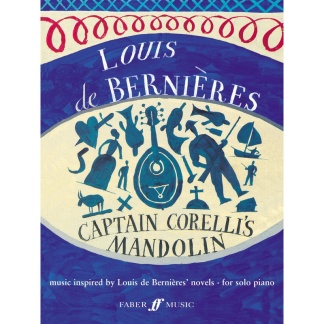