These four pieces could be considered a set of variations though the composer has spoken of them rather as photographs of the same object taken at different angles. The work as a whole is based on ‘Tiento’ by the Renaissance composer Antonio de Cabezon. Erkoreka suggests that his piece offers a new vision of the earlier piece. There is also a version for organ. 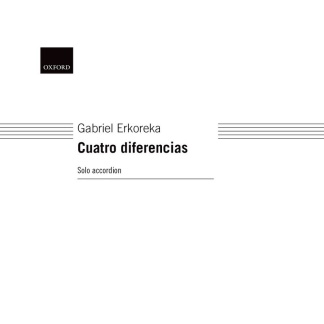