Les Collines D’Anacapri (Prelude 17) was commissioned by the Hallé Concerts Society in 2006 and first performed by the Hallé Orchestra and conducted by Mark Elder at the Bridgewater Hall, Manchester on 6 May 2007. 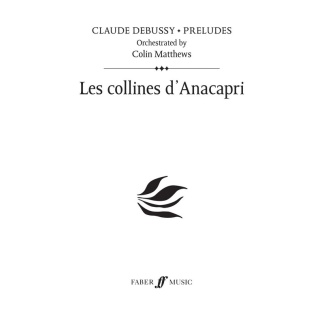