Bruyères (Prelude 14) was commissioned by the Hallé Concerts Society in 2006 and first performed by the Hallé Orchestra and conducted by Mark Elder at the Bridgewater Hall, Manchester on 6 May 2007. 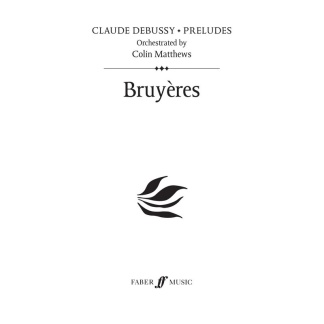