Originally withdrawn by the composer following its 1939 premiere, this scintillating fanfare for piano, string quartet and string orchestra which lasts for 10 minutes has rapidly become a repertoire piece following its revival at the 1979 Aldeburgh Festival. Britten described it as “very bright and brilliant music – rather inspired by such sunshine as I’ve never seen before.” 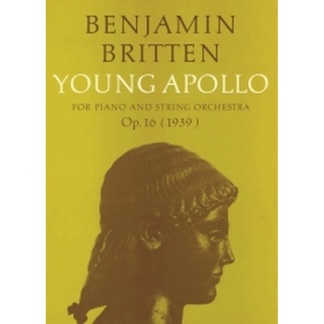