Britten composed this engaging set of Twelve Variations during his first year at the Royal College of Music, London in 1931, shortly before beginning  work on his String Quartet in D Major. Like that quartet, it belongs to the collection of fascinating pieces that were not unearthed and published until much later – in this case 1986, when Murray Perahia performed the Variations at the Aldeburgh Festival.

‘A happy combination of Britten’s lyricism with a somewhat Hindemithian neoclassicism…an eminently satisfying traversal of textures and moods, from rugged fanfares to the most delicate melisma, while retaining an engaging, effortless-seeming modesty and sweetness.’
American Record Guide, November/December 1991 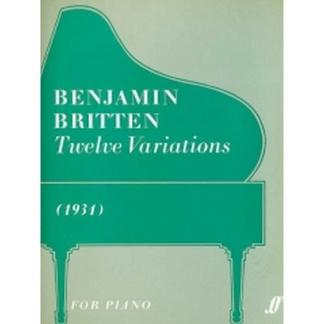