Drafted (as a piano duet) in March 1941 for, but not used at, the first production of Paul Bunyan; it was not re-instated in the revival, for which a new short introduction was composed. This tuneful high-spirited overture will provide a striking and effective start to any concert and was orchestrated by Colin Matthews in 1977. 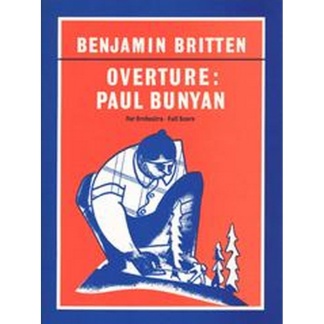