Written during Britten’s years in the USA (1939-1942) this atmospheric processional languished unperformed in a New York library until its discovery in 1976, the year of the composer’s death. It was finally premiered in Birmingham by Simon Rattle and shows the young composer paying a passing tribute to the musical styles prevalent in his country of residence. 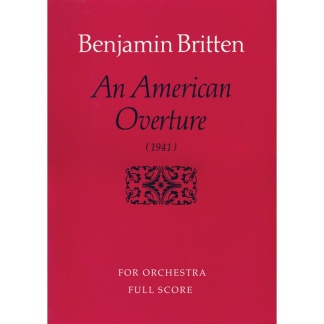 You're viewing: Britten, Benjamin : An American Overture £24.99
Add to basket