Ides March was commissioned by William Brine in 1990, Bermel’s first commission. Brine requested that the work be a march suitable for performance at both a wedding and a funeral. Although originally titled Brine’s March, when the composer learned that the march was to receive its premiere on 15 March, he changed the title to Ides March in a umorous nod to the Shakespearean admonition ‘Beware the Ides of March’; in his youthful view a sentiment appropriate for either a wedding or a funeral. However, a line from Cole Porter was the inspiration behind the major key to minor key interplay of the work: ‘What could be any finer? But how strange the change from major to minor, every time we say goodbye’, a line that captured the composer’s attempt to write a march that did justice to both the melancholy and triumphant. 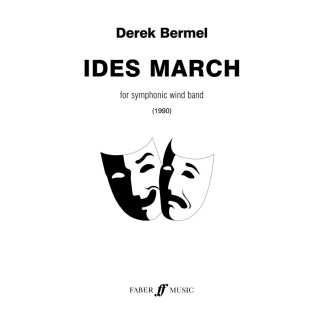