Scored for the same ensemble as Benjamin’s Palimpsests (with the addition of a cor anglais), this ingenious transcription of one of the jewels of Baroque organ music succeeds in capturing the spirit and the unusual flavour the original. Inspired by De Grigny’s idiosyncratic registrations, Benjamin frequently ‘illuminates’ the work’s central melody with parallel harmonics which constantly change in both depth and colour.

‘It took something already pungently ornate and highly coloured and made it even more so, evoking the richly coloured stops of a French Baroque organ without ever stooping to imitation.’
The Telegraph (Ivan Hewett), 27 July 2004 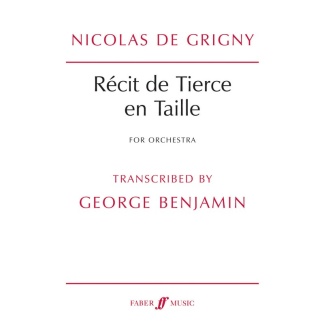