‘It was like sudden time in a world without time’ – the lines from ‘Martial Cadenza’ by Wallace Stevens which gave George Benjamin his title for his 15-minute orchestral tour de force Sudden Time. Pivotal in the composer’s output, it’s a score filled with vivid originality, from the extraordinarily high viola solo which closes the piece to an individual and alluring passage four a group of four alto flutes and two garklein (sopranissimo) recorders which recalls the evocative sound world of Benjamin’s Antara. The work’s texture is conceived entirely in linear terms, the audible harmony being created in the fusion of the separate strands which occasionally coalesce in lucid moments of pulsed time.

‘. . .perhaps the most impressive, motivated handling of orchestral forces in an output which has always demonstrated an extraordinary control of large forms. And the most telling of its time-tricks is that it compacts such a fecundity of ideas into a duration that, you are astonished to discover, barely exceeds 15 minutes. It feels twice as long; and I don’t say that as criticism. Merely, as a tribute to the substance, depth and technical accomplishment of an outstanding score.’
The Independent on Sunday (Michael White), 25 July 1993 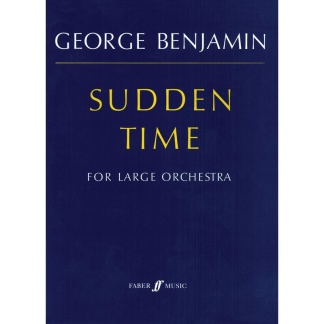