Meditation on Haydn’s name, to give the piece its full title, was one of six pieces by English Composers commissioned by the BBC to celebrate the 250th anniverary of Haydn’s birth. The first performance was given on Radio 3, on 31st March 1982.

The first performance of the Relativiity Rag was given by the composer at University College Cardiff on 23rd November 1984 as part of the Cardiff Festival, at which George Benjamin was the Composer-in Residence. Could be performed with the Fantasy on Iambic Rhythm. 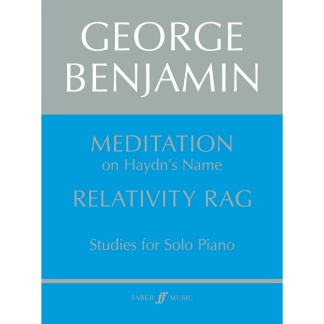