The Symphony No. 7, Op. 113 by Malcolm Arnold was finished in 1973. It was largely written at Sir William Walton’s home La Mortella on Ischia. Each movement is dedicated to each of his three children. The work was commissioned by the New Philharmonia Orchestra and premiered by the composer on 5 May 1974 at the Royal Festival Hall. 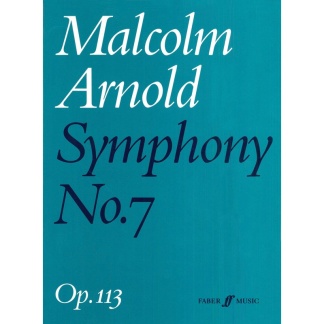