Peterloo is the derisive name given to an incident on 16 August 1819, in St Peter’s Fields, Manchester, when an orderly crowd of some 8,000 people met to hear a speech on political reform. On the orders of the magistrates they were interrupted by the Yeomanry, attempting to seize the banners they carried, and to arrest their speaker, Henry Hunt. Cavalry were sent in, eleven people were killed and four hundred injured in the ensuring panic.

This overture attempts to portray these happenings musically, but after a lament for the killed and injured, it ends in triumph, in the firm belief that all those who have suffered and died in the cause of unity amongst mankind will not have done so in vain. 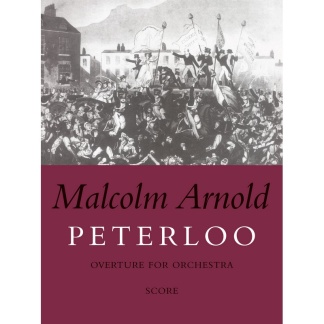