Written for the Cleveland Orchestra in 2009, Fantasias was Julian Anderson’s first multi-movement work for orchestra. This 23-minute showpiece abounds in vivid contrasts, from the jagged brass fanfares with which it opens to the headlong rush of its dazzling finale. At its heart is an extended and evocative nocturne, overflowing with all manner of brilliantly imagined sounds which its composer describes as a ‘musical rainforest’.

One of Anderson’s scintillating scores, rhythmically intricate, rich in unexpected and often eerie sounds, and with a vein of lyricism… 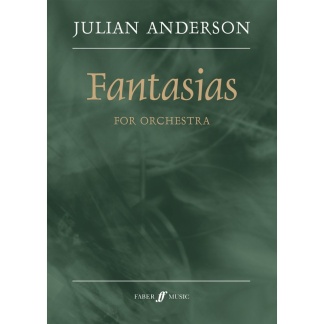