Thomas Adès’s masterful Polaris for orchestra was commissioned to mark the opening of Miami’s New World Symphony Concert Hall in 2011. The 14-minute work includes groups of brass instruments that may be spaced around the auditorium and traces an exhilarating arc from its quietly rippling beginnings towards an audacious conclusion of earth-shattering power.

‘Almost everything in the piece comes out of a haunting little tune and reflections of it…but there’s a kind of very poetic quality about this initially, before it goes layer by layer into some pretty wild places.’
The Miami Herald, January 2011

‘The title refers to the North Star, or Pole Star, around which other stars appear to rotate.  For this 15-minute score Mr. Adès has devised an elusive melody that is played in canon by groups of brass instruments in alcoves and on balconies around the hall.  All 12 pitches are used, but the notes keep circling back to a magnetic main pitch.  While this almost ancient-sounding musical element unfolds, the rest of the orchestra plays murky riffs and skittish passages that evoke watery, gurgling patterns, in drips and droplets.’
The New York Times, January 2011 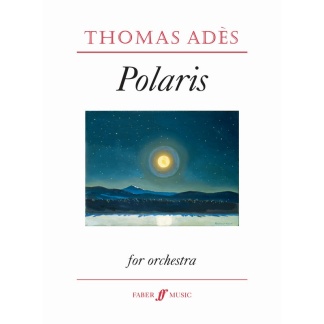