Thomas Adès’s Piano Quintet (2000) is a vivid reimagining of sonata form (complete with exposition repeat). Whilst it’s themes are recognisably tonal, these simple building-blocks are the starting-points for rich and intricate processes of transformation. The long exposition is full of subtle metrical juxtapositions, with the piano and string quartet often playing in different time-signatures simultaneously, creating a disorienting sense that the music is continually shifting in and out of temporal focus.  After the extremes of the central development section, the recapitulation is a gigantic accelerando which speeds up to four times the original speed, and generates enormous, seemingly unstoppable momentum. The effect is of a dramatic and temporal compression: it is as if the whole work were squeezed into this musical black hole. This product is the set of instrumental parts. 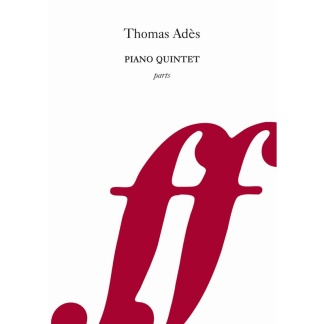