Adès, Thomas : …but all shall be well

Lines taken from the last of T.S. Eliot’s Four Quartets provided the title for this, Thomas Adès’s first large-scale orchestral score. Composed in 1993, this ten-minute work is built around a single melody which, after emerging from a delicate, airy tintinnabulation is transformed through numerous ingenious combinations and permutations. The composer calls this intricately crafted work a ‘consolation’ for orchestra and the work ends with an allusion to Liszt. The work was commissioned to mark the 150th anniversary of the Cambridge Music Society and was first performed in Ely Cathedral in 1994 before being taken up a year later at the BBC Proms by the Hallé Orchestra. 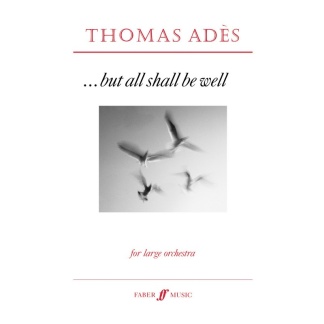