An arresting, disquieting fifteen-minute work commissioned by the New York Philharmonic as part of their ‘Messages for the Millennium’ project, America (A Prophecy) was described by its composer as ‘a prophetic vision of invasions of America’.  Its two movements draw their texts from both Mayan and Spanish sources; a mezzo soloist foretells the cataclysmic doom of the Mayan civilisation whilst the chorus and brass intrude with clamorous, brash Conquistador hymns.

‘This composer’s most distinctive achievement to date’
The Spectator (Robin Holloway), October 2000 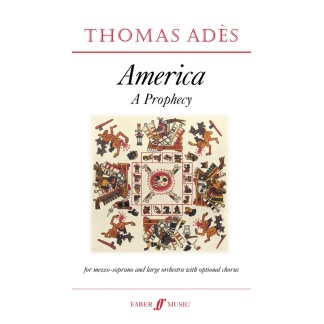